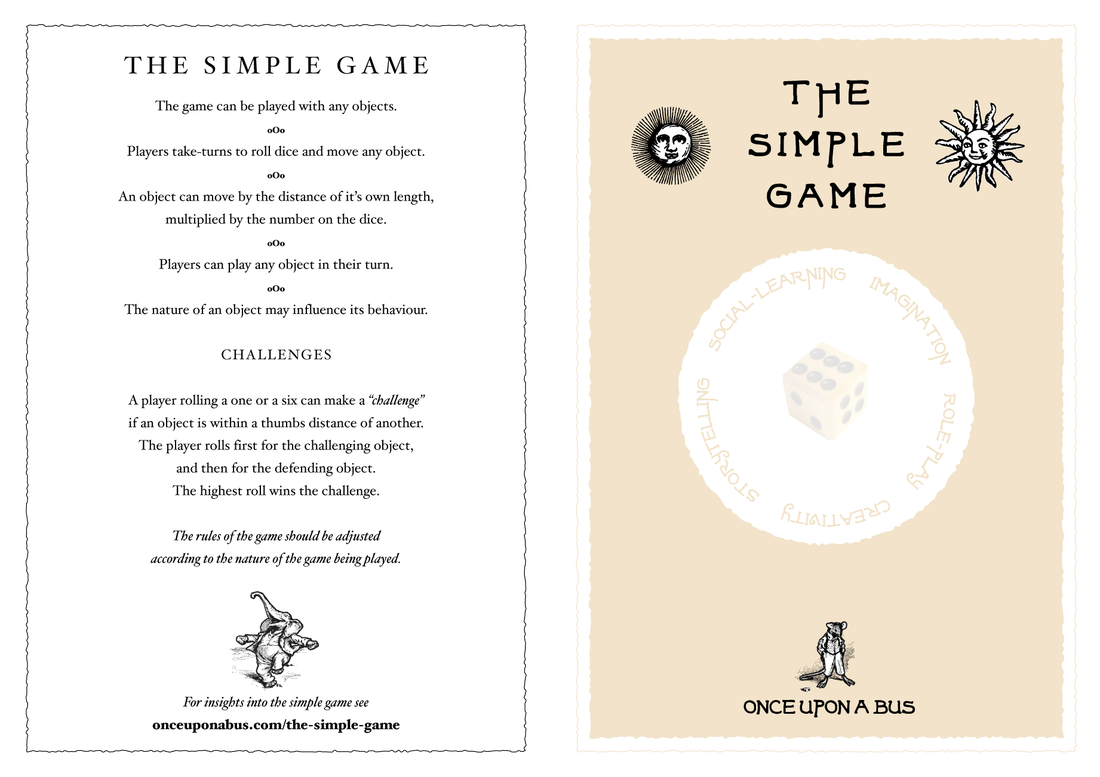 THE RULES OF THE  SIMPLE GAME

The game can be played with any objects.
~
Players take-turns to roll dice and move any object.
~
An object can move by the distance of it’s own length, multiplied by the number on the dice.
~
Players can play any object in their turn.
~
The nature of an object may influence its behaviour.

CHALLENGES
A player rolling a one or a six can make a “challenge” if an object is within a thumbs distance of another.
The player rolls first for the challenging object,and then for the defending object.The highest roll wins the challenge.

The rules of the game should be adjusted according to the nature of the game being played. 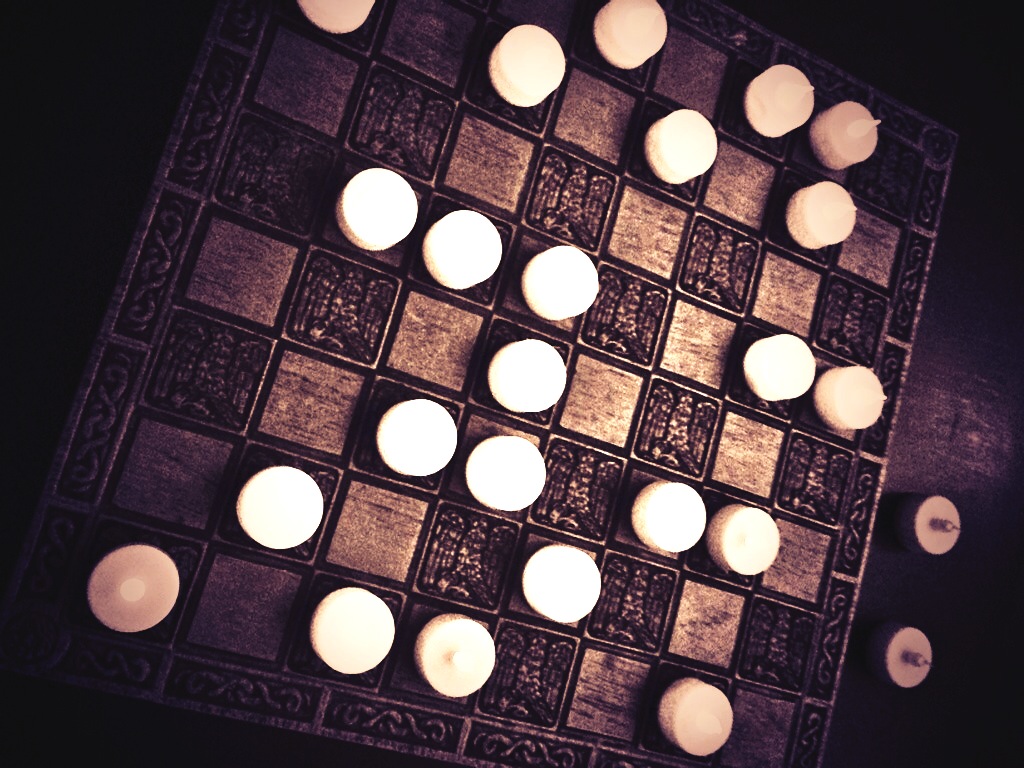 In this instance the game has the following additional rules and adjustments: an object can move in a continuous straight line and turn one of two ways when a boundary is met: a piece can therefore only travel up, down and across. The grid cell being approximately the same size of the object, each move is constrained by the grid and it's boundary. On an object  coming to rest on another object, a challenge is initiated: on lose - the challenging object returns to the previous position, on win - the defeated object is removed from play.

LED candles on a chess board

The objects were model dinosaurs and pterosaurs. The playing area was unlimited. 2 players with 2 dice each. The group at first collaborated on a series of predators-attack-herbivores scenarios, before separating into individual play, with more inventive interactions between objects.

And infinitely more
GET IN TOUCH

The stuff that makes us what we are
was formed in an exploding star
which drifted for 10 billion years
fell into our solar sphere
and then combining over time
evolved, to sit and write this rhyme!